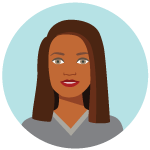 When my twins were first born, I realized that it was going to be difficult to figure out what they needed. Since they couldn't communicate with me and I didn't have any experience, I knew that it was going to take a lot of practice to understand what they wanted. However, as time went on, I was able to decode their little behaviors. As my kids grew up, their needs changed, and so did their signs. I want other moms to learn how to understand what their kids' needs, which is why I put up this webpage. Check out these articles about parenting that might help you to improve your relationship with your kids.

When you unexpectedly became pregnant, it likely took a lot of tough soul-searching and contemplation before you finally decided that it would be in your baby's best interest to place it for adoption. It takes a very selfless person to put a child's best interest before their own, and you likely know you are making the best decision. If you know who the father of your child is, then you may be contemplating not telling him for fear that he will try to make you keep the baby. The father may be an ex-boyfriend or one of several potential past partners. However, if you don't at least attempt to notify the father, it can pose problems later for you, the baby, and the adoptive parents. Read on to find out why you must try to notify the paternal father and what to do if he wants to keep the child.

If you are not currently in a relationship with the person you believe is the father of the child you will be placing for adoption, you may think it would just be easier and less stressful to not tell the father you are pregnant and proceed with the pregnancy and adoption on your own. You may even have a couple of past boyfriends and not feel sure which is the father. While it may feel all-too-tempting to leave the father out of the equation, the father does have the legal right to know that you are carrying their child and that you have decided that placing it for adoption is in the best interest of the child.

If you know who the father of the child is, you can simply tell him, or you can have the adoption agency or an attorney notify them. Having the adoption agency notify him can save you from having to speak with a person who you may have had a past bad relationship with and simply don't want to speak to. It can also help you avoid a messy conversation where he may attempt to talk you out of the adoption or make you feel guilty after you already made a tough decision.

If there are a couple of potential fathers, then you can either inform them all personally or have the adoption agency inform them that they may be the father and what their rights are if they choose to look further into the situation. Alternatively, your state law may require that a legal notice be placed in the newspaper of the potential adoption informing any suspected fathers of their right to pursue custody of the child.

Not trying your best to notify the child's father can lead to trouble later in life for the baby and the kind adoptive family who agrees to take the child. If a man later claims that he was the father of the baby you placed for adoption and was not notified of the pregnancy, then he can challenge the initial adoption and attempt to gain custody of the child. This can occur months or even years after your child has grown accustomed to their safe, loving home. Whether he is granted custody of the child or not, a fight for custody can disrupt the child's life and leave lasting emotional scars.

When the Father Wants to Keep the Baby

When the father of the baby wants to keep it, but you want to place it for adoption, realize that this is the one person in your life who does have a say, legally, in what happens with the future child. However, that doesn't mean that you have to follow through with their wishes, but it does mean that you may have some challenges to conquer before you can legally place your baby for adoption. However, you don't have to beg and plead with the baby's father to agree with the adoption. Instead, they have to perform the work and spend the money proving that they are ready and willing to care for the child on their own.

First, realize that the father of the child has to begin a process to object to you placing the baby for adoption when you are pregnant. To begin this process, he has to prove that he is the father by ordering and paying for a paternity test. Then, he must establish a commitment to parenting by immediately beginning to help you pay for pregnancy-associated costs and support you emotionally. At the same time, he must prove that he can provide for the child once it is born and that he has no drug problems or other personal problems (like psychological issues) that would make him an unsuitable sole parent. Only once he proves commitment to providing for you and the child by completing all of these steps (and show proof of it to the courts), can he even begin to contest an adoption.

Most importantly, he cannot force you to keep the child in your home, and he must be ready to care for the child on his own within 30 days of its birth. Realize that although your baby's father may not want the child to be adopted, his actions speak louder than words, especially legally. Many men like the idea of having a child, but once they find out just what they have to do when attempting to force a mother to not place a child for adoption, they realize they are not financially capable of hiring an attorney and paying for the costs of contesting and raising a child on their own.

If you are experiencing an unexpected pregnancy and would like to have an adoption agency find a safe, loving adoptive family for it, the first step is contacting an agency. You can visit their website or contact them via phone. The agency staff can help you notify any potential fathers and help you every step of the way if the father states he wants to keep the child. Remember that he can't just tell you he wants you to keep it, but he has to begin a long process to prove he can support the child fully financially and emotionally, and if he can't do that, then the adoption process can proceed.